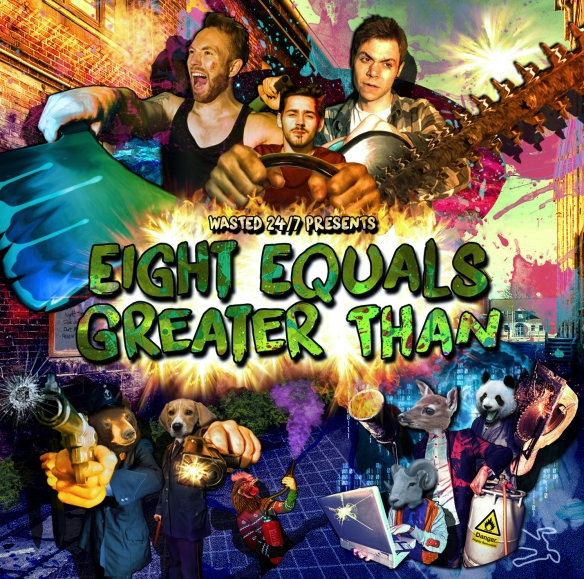 A few months ago Belgium rock outfit Wasted 24/7 released their second album Eight Equals Greater Than. It is September now and I finally found some time to give the record a proper spin.

When I came in touch with wasted 24/7 a few years ago, they were a punk rock band but now punk rock does not cover it any more. On ‘Eight Equals Greater Than’ you get a variety of songs going from straight forward rock and poppy ‘The Rocket (RIP)’ alike punk rock to strong power pop songs. It is all well produced and arranged but sometimes it all sound a bid to clean and to polished. It can use some grease and unpolished roughness (to my taste), but hey … maybe I expected more dirtiness with a band name as Wasted 24/7 ;-).

Nevertheless ‘Eight Equals Greater Than’ is a decent rock album, something they certainly can be proud of. 8/10