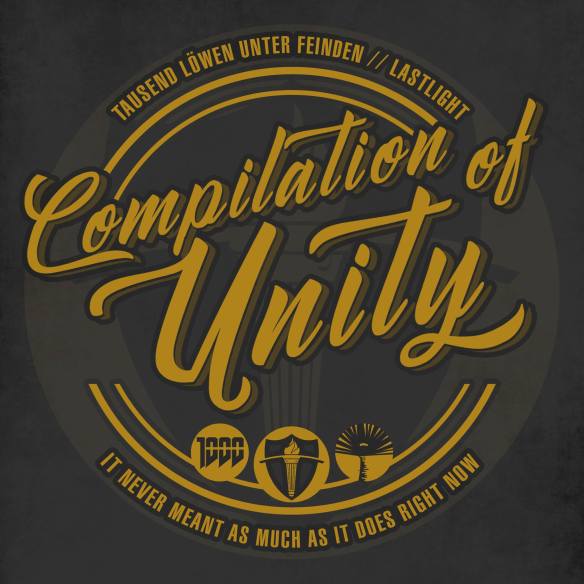 Compilation of Unity is a split 7 ” combining the best of two worlds: OCHC and TLUF. The first three songs are by the German old school hardcore band Tausend Löwen unter Feinden (TLUF). They are one of the best hardcore bands coming out of Germany the last couple of years. The next two songs are by a new American melodic hardcore band called LastLight from Orange County, California. With ex-Ignite Member Joe D Foster on guitar the songs reminds me a lot of a more mid tempo Ignite. The split got released on the new label Unity Worldwide Records founded by Joe D. Foster and German-based hardcore scene veteran, ‘Billy’ aka Sven Guenther. The goal of Unity Worldwide Records is to help friends on both sides of the pond releasing their music!

Both bands are one of those really interesting bands I came across the last couple of years and this split 7” is one of the coolest releases I’ve heard so far. Specially the third song ‘What We Have’ is really great. It makes this split 7” a real must have with its combination of German and English lyrics and guest apperances of Jae Hansel (LastLight) and Dennis Brightside (Rykers). ‘What we have’ is a real killer track but all five songs are winners. 9/10