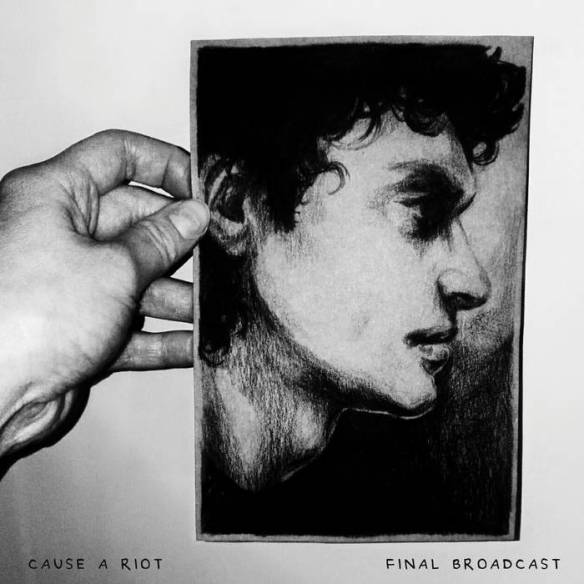 Hardcore punk band ‘Cause A Riot’ from Finland is around since 2011.  After releasing a couple of EP and 1 LP they released their second album ‘Final Broadcast’ on the 15th of May 2020 through Shield Recordings and Stupido Records.

Their melodic hardcore punk is rooted in the 90’/00’s and has the power, the energy, the sound of bands as Endstand, As Friends Rust, Strike Anywhere, Kid Dynamite and even some of the desperate screams of Modern Life Is War echoing through. A must have if you like all the above mentioned bands.

After four years the Rotterdam City Rockers ‘Stealers’ are back with their long awaited third album ‘Never Enough’. With Jesse on both lead-vocal and bass guitar duties the Stealers are now reduced to a three-piece but without losing any strength.

These new powerful tracks proof that the Stealers are still head of the savage hard hitting rock’n’roll game. Combining the best of Rose Tattoo, AC/DC, The Sweet, The Ramones and Turbonegro you get run over and over again by a generously greased and thunderous rollercoaster while screaming for more.

If you want your rock’n’roll to be greasy, dirty, savage and heavy, I’ll promise you that you will never get enough of the new Stealers album. This one comes highly recommended.

The tragic death of punk rock legend Tony Sly is 8 years ago and the memory of him seems to be unbroken by fans. In cooperation with Tony’s widow Brigitte Sly and his brother Jonathan Sly, Stefan Beham from SBÄM released an exclusive shirt design on June 15th.

The shirt is a multicolor print, which comes in 5 different shirt colors. The design is inspired by a true NUFAN classic: “What’s your name?” – “F*** you, that’s my name!” ant its a classic quote from the movie “Glengarry Glen Ross” that was used a lot by the band around Tony Sly. This new, colorful shirt reinterprets one of the band’s favorite motifs.

“As a visual artist, I loved No Use For A Name’s artwork as much as I loved the music,” says Stefan Beham. “A lot of time has passed since there was new merchandise, so I worked on this shirt with Brigitte and Jon”.

All proceeds from the sale of the T-shirt will be donated to the Tony Sly Music Foundation, which promotes musical education for children. According to the official memorial page for Tony Sly, a combination of music and the creative education of children would have been what the singer and guitarist wanted.

“So let’s keep the memory of Tony and No Use For A Name alive by giving children the opportunity to express themselves through music,” Stefan appeals with the campaign.

The advance booking started on 15 June at https://shop.sbam.rocks/.

If So check out Smokin’ Sam Babin, a musical act, a one-man punk rock band that has been in existence since March of 2019 located in Iowa City, IA. As of April 2020, Smokin’ Sam Babin has released 4 studio albums, which are available for free download on Bandcamp, and 3 music videos, which can be seen on YouTube.

Check out the links:

Rebellion Records (NL) has been a driving force in the underground streetpunk, Oi, … scene for years and keeps on spitting out releases on a regular base. 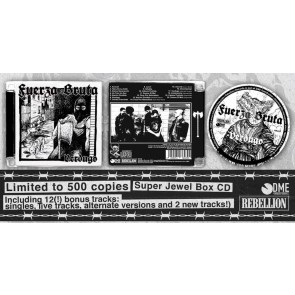 One of their more recent releases is the CD-version of the Fuerza Bruta debut 12″ Verdugo in 2018 (European pressing). Previously only released on vinyl (European version by Rebellion Records) and cassette it is now released on CD with twelve (12!) bonus-tracks! For the fans of hard-hitting, brickwall Spanish Oi! from the windy streets of Chicago.

If you like bands as Motörhead, the exploited, … you might like Edinburgh’s Cuttin’ Edge’s loud and brute mix of Motörpunk and Oi! on their ravaging debut “Face Down”. Cuttin’ Edge is a brand new outfit that consists out of skin, punk -and metalheads! combining The Exploited’s “Beat The Bastards”, Böhse Onkelz, Motörhead and classic British punk.

Go check it out at https://www.rebellionshop.com/ 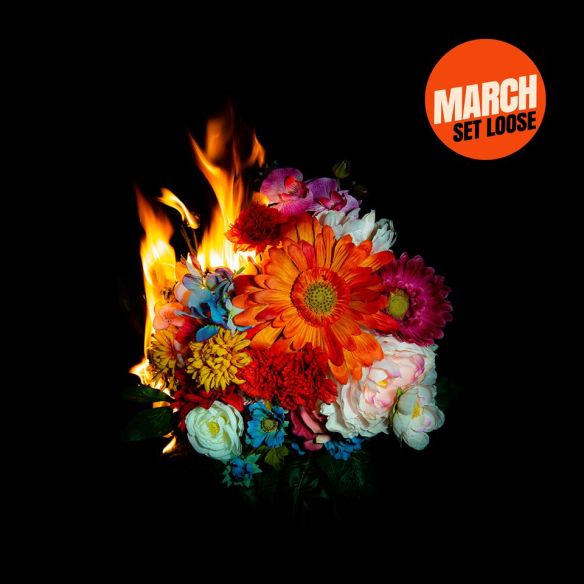 NL/B rock band March released their second full-length ‘Set Loose’ on March 20th 2020, the follower to their 2016 full length début ‘Stay Put’ and their 2014 EP ‘In The Air’. After a few line-up changes and with a new record under their belts they are more than ready to kick ass and conquer the world with their punk infused rock’n’roll.

On ‘Set Loose’ you can hear that Fleur van Zuilen trained her vocal chords to get them as gritty as they could be, strings are tuned for some high voltage rock’n’roll and the rhythm section is tearing down the walls.

Thanks to COVID-19, their plans to dominate the world turned out a little different. But never mind the lockdown, just go and listen to ‘Set Loose’. It is a powerful and divers, a raw and pissed off, a catchy yet grungy punkrock’n’hole album from the lovechild of Hole and the Bronx. It is ‘highly recommended’ by yours truly. 8.5/10

With ferocious red eyes, their blood boiling in their veins and possessed by the spirit of Priester Daens and Paul van Ostaijen, ‘Bezette Stad’ skipped the anger management workshop to furiously spit their bile on capitalism. Do I see some right tears fall already?

Their socialist activism got taped on a limited run of 29 hand stamped and hand numbered red/yellow cassettes but is also available as a pay-what-you-want download at https://bezettestad.bandcamp.com/.

Melodic Punkrockers F.O.D. have just released a new album called ‘Sleepville’ and it has become a concept/storytelling album that tells the story of an elderly woman called Annie who, together with Harrison, reflects on the past and tries to put the pieces of the puzzle that is her life back together. Concept/storytelling albums are most often associated with progrock and the 70s but other genres and artist used it too think Green Day’s American Idiot and Zen Arcade by Hüsker Dü.

With Sleepville F.O.D. has released a groundbreaking album, something we haven’t seen before in Belgian (underground) (punk) rock music.

Sleepville is released on Bearded Punk Records (EU), Wiretap Records (US) and Thousand Islands Records (CAN). All labels and the band have their own limited vinyl colour. The vinyl comes with an illustrated lino etched book, telling the story behind the album.

Only a year after their ‘The Survival’ 12” Texan heavyweights Concrete Elite are back with a new 12” vinyl at 45RPM. It is a joint release between Rebellion Records (Europe) and Oi! The Boat Records (USA). These five new Concrete Elite tunes are for the fans of the Brickwall sound: heavy, brutal and barbaric tunes that leave you bruised and broken and kick you in the guts with maximum force. It comes with a silk screened B-side. 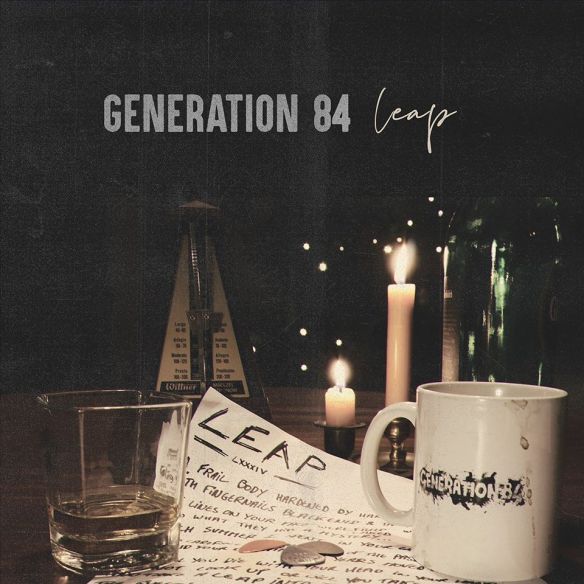 So far 2020 is a productive year for Belgium underground music. Not only has the more mainstream band ‘Fleddy Melculy’ released their third full length, also heavy combo ‘Rotzak’ released their debut full length. Punkrockers ‘Second Opinion’ and ‘F.O.D’ have a new album out and their is also a new band in town called ‘Bezette Stad’ with members of Sunpower, Reproach, Rich Widows, … They released an EP on Lost Youth Records. Last but not least Belgium finest keepers of the Punk ‘Generation 84’ is going to release a new EP on ‘Lost Culture Records’. If COVID-19 does not interfere too much the new EP will be out in april.

With ‘Leap’ G84 prove that they are still head of the game when it comes to boundering crossing punkrock. If blending 90s socio-political punk rock (with topics about ‘mortality’, ‘the rat race’, ‘change’, …) with heavy tunes while flirting with melodic hardcore was an olimpic discipline, generation won gold. It is always hard to write an objective Generation 84 review ’cause I’m a fan of their sound and everything they release and that’s no different with ‘Leap’. While I dig every song on this album, I have a few favourite moments on this EP. First is the intro of opener ‘Unwavering Metronome’. Those first 30 seconds just nail it. Next, the outro of ‘Office Innocence’, just love that fade out. Third is the tittle song ‘Leap’, it has a ‘Boy Sets Fire – After The Euogy’ vibe and that’s a winner.

‘Leap’ is a must have for every punk rock and heavy tunes fan. I certainly see a 10 inch EP with my name on and you? C’mon let Generation 84 take our money.